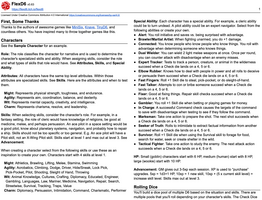 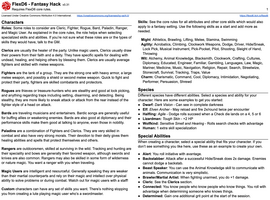 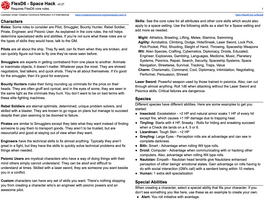 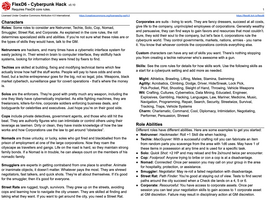 This is the last big update of 2021! These changes were the result of more play testing and peer feedback. I'm excited that I've fixed one clunky thing in the mechanics that has been bothering me for a while now. Here is a quick rundown of what's changed.

Edge Die are now Skill Die: The term Edge die caused confusion for some players. So, I changed the name of the dice to Skill Die to better align with what they represent. Along with another change, this simple little change really cleared up the mechanics.

Skills Start At 1 And Max At 3: This simple change combined with renaming the Edge die pool to Skill die clarified some things. Before, when a skill was 0, the Check Die pool would roll 3d6 which overlapped the Check Die pool with the Skill Die pool. That bugged me for a long time, but now that's been addressed. Also, skills max out at 3 now leaving room for 2 extra die from vehicles or special abilities. The max number of skill dice rolled remains at 5d6.

Check Die Are Situational: The Check Die pool is strictly situational now. A normal roll is 2d6, which is what players will roll most of the time. When the character has disadvantage, roll 1d6. When they have advantage, roll 3d6. That's it. No more "if you have a skill" logic needed. Clean and simple!  Now, you can roll with disadvantage and a skill.

Added the Push It Mechanic to Vehicles: Burning fuel for getting extra skill dice!

Success Probabilities: I added a table which shows the success probabilities based on the combination of check and skill dice.

Clarified Special Abilities: The special abilities which change the dice range to 4, 5 or 6 have been updated to make it clear the change only applies to the Check Die pool.

Added Role Descriptions: When developing the Cyberpunk hack, I added descriptions for the example roles. That received positive feedback during play testing, so I went back to Space and Fantasy and did the same thing.